For many observers of Iran it is hard to fathom that a country under severe international sanctions can also be the hottest market for luxury cars in the Middle East. According to one report, “Maserati and Porsche sell more cars in Tehran than in many metropolitan areas in the United States or the European Union.” 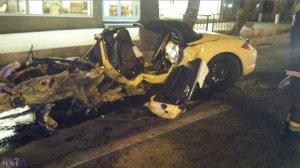 Parivash Akbarzadeh, 20, has drawn scorn in Iran after the crash of a luxury car she was driving killed her and the car’s rich young owner, Mohammad Hossein Rabbani-Shirazi. 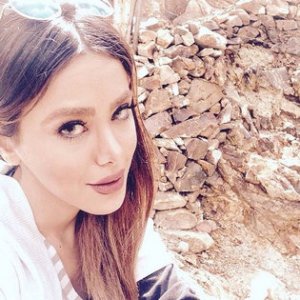 But the recent fatal crashes have revealed another side of Iran: A country in which the gap between rich and poor is on the rise, and nepotism and corruption is making a minority super wealthy and a majority struggling to make a living: “It might have been surprising and confusing to discover that, at the peak of sanctions enforcement, hundreds of luxury cars found their way into Iran’s markets. At that time, government officials were not able to import the necessary medical supplies and food — and yet the rich and the well connected managed to get their Maseratis using hard currencies. One could say that, for them, a Porsche is more important than bread. Children of privileged officials enjoy these luxuries to the fullest, and feel protected from any possible intrusion.”

Reports about the corruption scandal in Turkey reveal the connections between the Iranian at the center of the corruption scandal ( Reza Zarrab), and his chief in Iran, Babak Zanjani,  who is reported to enrich himself to the tune of billions of dollars from businesses structured to avoid international sanctions.

Corruption probe zooms in on Reza Zarrab who allegedly bribed officials to transfer $10 billion to Iran using state-lender Halkbank.  As the ring leader in massive corruption dragnet in Turkey, Zarran kept tab on each and every installment he had made to government ministers.  In court,  Zarrab stated “I exported 30 tons of gold per month to Iran.”    The corruption scandal threatens Erdogan’s government,  bringing down senior members of the political establishment.

Najmeh Bozorgmehr of Financial Times has an excellent analysis of the Revolutionary Guards’ economic power and reach in Iran.  According to her analysis,  Rouhani  “is seeking to counter the commercial reach of the Revolutionary Guards.”   Through its front-companies and vast network of connections,  “associates of the Guards have profited from $120bn of so-called privatisations to acquire core national assets, notably in the communications sector. This has only strengthened the financial muscle that the Guards had accumulated from their traditional cash cow: taking a hefty cut from imports of consumer goods, believed to range from glass to Maseratis.”

Sanctions have clearly hurt the Iranian economy,  effectively blocking the Islamic regime’s ability to conduct trade with the world.  But what is also clear is that sanctions have contributed to corruption and funneling of billions of dollars  to entities like the Islamic Revolutionary Guards Corps (IRGC). The IRGC is “allegedly involved in smuggling oil, arms, electronics, and consumer goods, possibly amounting to $12 billion a year.”  According to a report by the Global Financial Integrity,  between 2006 and 2008, when the first round of UN and U.S. sanctions were put into place,  the amount of money illicitly taken out of the Iran per year nearly tripled, from $4.3 billion to $12.8 billion.   Recently,  a member of the parliament stated that  in the past eight years  “more than $600 billions of money has left Iran for overseas account.”  The question is not whether there is corruption in IRGC,  but how much ?